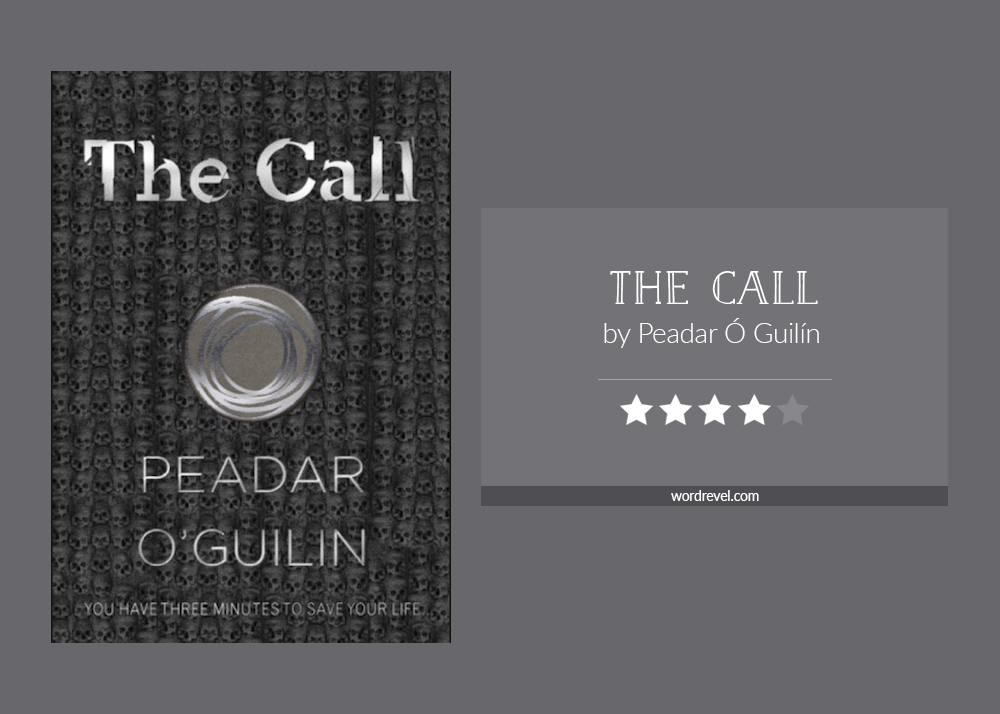 Imagine a world where you might disappear any minute, only to find yourself alone in a grey sickly land, with more horrors in it than you would ever wish to know about. And then you hear a horn and you know that whoever lives in this hell has got your scent and the hunt has already begun.

Could you survive the Call?

Before receiving a review copy of The Call, I hadn’t heard of it. Reviews on Goodreads were few and vague. The synopsis didn’t give much away either. All I knew was that this would be a book of horror — a genre I generally avoid. In any case, with Halloween around the bend, I thought I should at least read one creepy book this month.

Personally, I didn’t think the plot was particularly heart-stopping. There weren’t any specific moments that jumped out at me and made me want to crawl out of my skin. What did contribute to the horror was the imagery. The monsters inspired by Irish folklore would thoroughly freak me out on screen. I tried to keep my imagination at bay but the vividness of their descriptions made it tough to avoid “seeing” them.

The plot itself felt rather linear. Teenagers would disappear one by one and face the Sídhe, hoping to survive. Some were killed, some survived, and some returned different from who they used to be. That reality overshadowed everything else, which is why no chapter surprised me on the major plot points.

What carried the book was the atmosphere, the characters and putting myself in their shoes. Had I been in their situation, I would’ve been absolutely scared. As a reader, however, I wasn’t. The outcomes, while bleak, were predictable from the beginning, though there were some minor twists here and there.

On the Diversity Front

Diverse characters in terms of culture, religion, sexuality and mental health have become much more accessible in YA fiction lately. However, this is the first time I came to read a book revolving around someone with a physical disability from birth. Surely, it’s on me for not actively seeking them out but at the same time, I don’t recall coming across any of such book recommendations either.

The Call‘s main character, Nessa had polio and that affected her training for survival. Her legs were so weak, she couldn’t run the way others could. She had to rely on her arms and her wits. The way she navigated her world opened my eyes to her struggles and strengths as she tried to minimise the impact of polio on her life.

I liked that it was treated as a fact rather than something that underscored everything else in the book. It mattered but it wasn’t everything, much less a call to pity Nessa.

Since I’m not familiar with Irish folklore, I can’t ascertain the accuracy of it or how much creative liberty was involved. Either way, I liked that The Call was so different from other dystopian books I’ve read. It was eerie, the Sídhe were grotesque monsters and the desperation of the characters rang true.