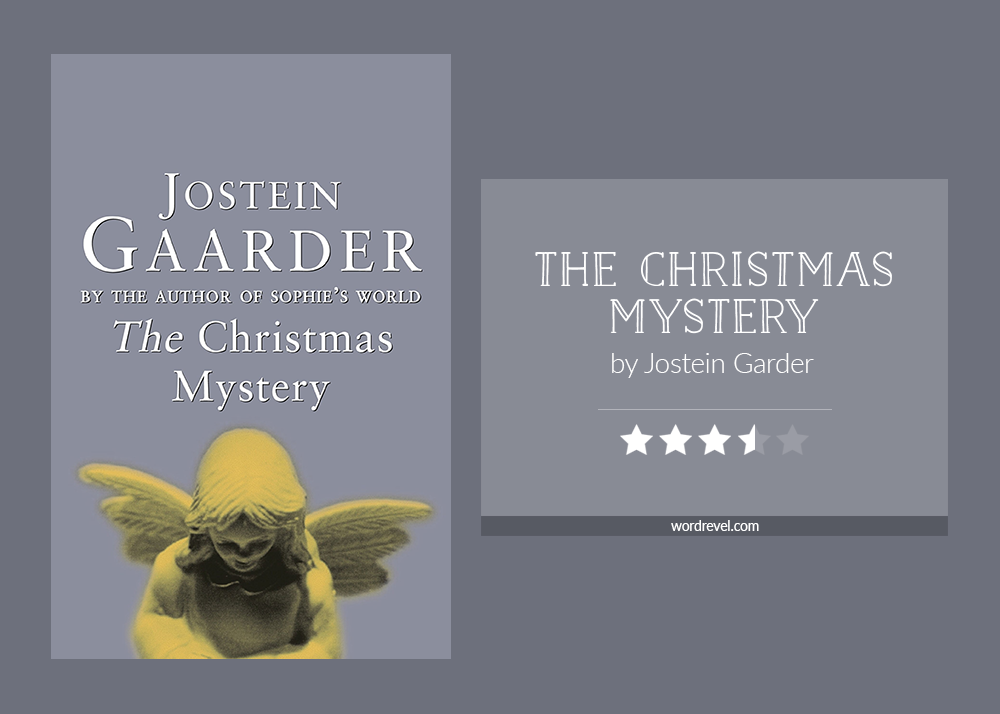 Fifty years ago a girl disappeared from her home in Norway. She ran after a lamb and found herself travelling right across Europe to Palestine, and back through 2000 years to meet the Holy Family in Bethlehem. There she met angels, shepherds, wise men and other biblical characters who joined her on her pilgrimage; and she heard of many of the things that happened in the world in the last 2000 years.

In present-day Norway, a boy acquires a strange old Advent calendar. Hidden in each of the windows is a tiny piece of paper. Little by little these pieces unfold the girl’s story and as we learn what happened to her, another story is revealed – that of the strange old man who made the calender.

It’s Christmas Eve and so the Advent season is practically over. The same goes for The Christmas Mystery. While I’ve owned it for about ten years (probably more), I’ve never actually read it. This year I finally picked it up and used it as an Advent calendar. I must say, I’m glad I did. While I forgot my chocolates half-way through last year, there’s no way I could forget a book.

The neat part about this books is that it’s broken down into 24 chapters — one for each day from the 1st to 24th December. Each chapter contains 10 pages: a cover with illustration, a blank page and eight pages containing the story. This means that each chunk is evenly spaced out and I found the length of each day pretty ideal.

The Christmas Mystery is a metafictive book that especially appeals to children and families. Children could read the book by themselves without any trouble. Families could get into the Christmas spirit together as there are good deal of things to talk about. It traces historical milestones from Norway down to Bethlehem as Elisabet travels back in time on a pilgrimage to the birth of Jesus.

Metafiction is the Backbone

Throughout the book we’re presented with a story-within-a-story. Some readers may shy away from that style and fear that it’s too confusing. I didn’t think that The Christmas Mystery suffered from this structure. Overall, it wasn’t too complex, so both stories could very easily be followed. In fact, I think that Elisabet’s story benefitted from being embedded into that of Joachim. Had I read only about Elisabet, I would’ve expected a lot more details about the places that she visited.

Personally, I don’t think I would’ve enjoyed The Christmas Mystery half as much if I had read it in one go. It doesn’t have as elaborate a plot as I had expected. Given the mystery of Elisabet’s disappearance, I expected much more suspense in that department. I cared much more about which new place in which year I’d find myself in the next day. It was especially fun when places that I had already been to myself where mentioned.

Read day by day, The Christmas Mystery offered a lot more wonderment to me due to the anticipation that it held for me as an Advent calendar. I also loved seeing a new illustration each day that tied in with what I would read next. It really was something to savour in sections rather than as a whole.