Disclosure: I received a finished copy of The Summer Seaside Kitchen from Pansing Books, a regional distributor, in exchange for an honest review. This does not affect my opinion of the book or the content of my review. 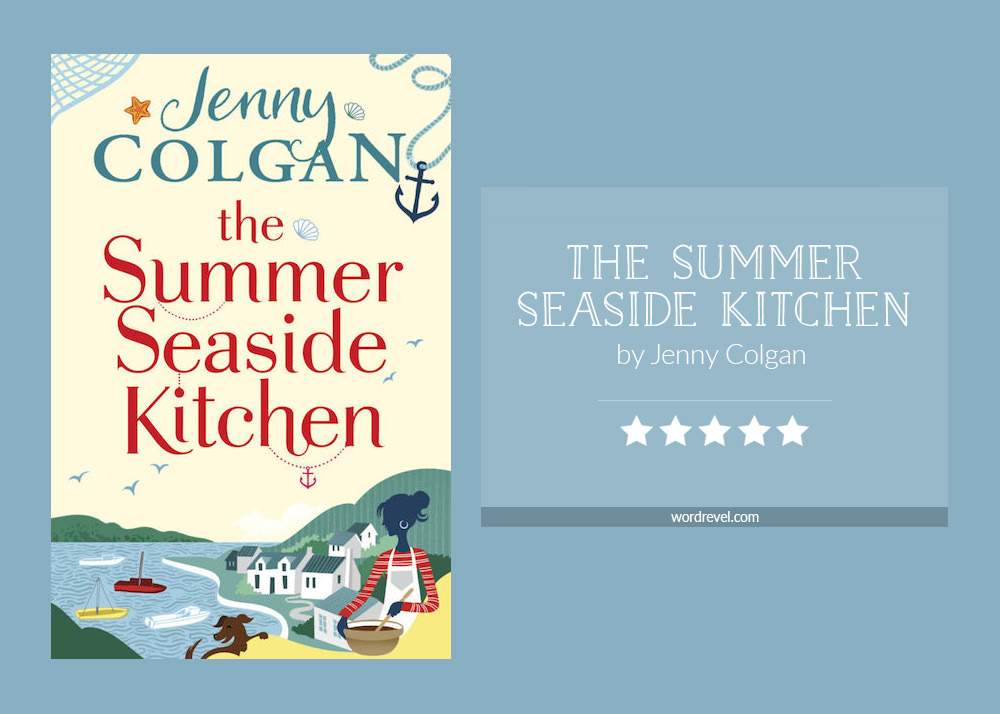 Flora is definitely, absolutely sure that escaping from the quiet Scottish village where she grew up to the noise and hustle of the big city was the right choice. Mure is a place where everyone has known her all her life, and no one will let her forget the past. In the city, she can be anonymous, ambitious and indulge herself in her hopeless crush on her gorgeous boss, Joel.

When a new client demands Flora's presence on Mure, she's suddenly swept back into life with her brothers (all strapping, loud and seemingly incapable of basic housework) and her father. As Flora indulges her new-found love of cooking and breathes life in to the dusty little pink-fronted kitchen on the harbour, she's also going to have to come to terms with past mistakes – and work out exactly where her future lies...

The atmosphere of The Summer Seaside Kitchen was incredible. Even though Mure isn’t a real island but an amalgam of various islands of the Northern Isles, it completely came to life. I could picture the scenic views, the landmarks and houses so perfectly, I very nearly felt as though I had been transported to Mure myself. The more I read, the more I fell in love with the island. That’s how well Jenny Colgan detailed everything!

While the setting was wonderful in and of itself, it’s the characters who sealed the charm. Flora had left Mure for personal reasons, and vowed never to return. Yet, her work brought her back to her hometown. Reading about her inner conflicts made me feel so much for her. With the plot unfolding at a slow pace, the depth of her thoughts came to light very well. At the same time, it was fun seeing her come to terms with being back, and re-establishing her relationships with her family as well as the other locals.

Best of all, of course, was the food! Since I enjoy cooking and baking, I’m always drawn to books that revolve around that as well. The Summer Seaside Kitchen was no exception. I could smell and taste the food, which was very comforting. If you’ve ever tried locally churned butter and cheese made locally too, you know what I mean. Also, if you have a spot for dogs and animals in general, this book all the more will touch you.

The Summer Seaside Kitchen is a delicious and relaxing summer read that’s perfect for unwinding. It’s very character-driven but at the same time wholly transports readers to an amazing place. If you’re not able to travel anywhere this year but can’t shake your wanderlust, I’m sure this book will bring some respite.