Prior to this review, I never did post any non-fiction reviews. I confined myself to fiction on the blog but since I read all sorts of books, I feel that my reviews should reflect that. After all, celebrating the love for books shouldn’t be confined to any particular genre.

With that, here’s to the first non-fiction book review on Word Revel! 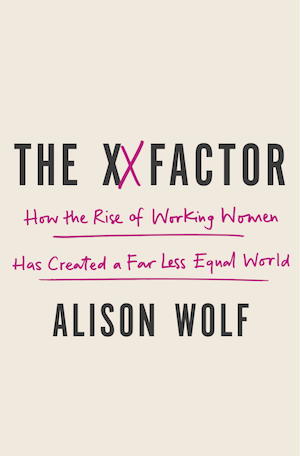 Noted British academic and journalist Alison Wolf offers a surprising and thoughtful study of the professional elite, and examines the causes—and limits—of women’s rise and the consequences of their difficult choices.

The gender gap is closing. Today, for the first time in history, tens of millions of women are spending more time at the boardroom table than the kitchen table. These professional women are highly ambitious and highly educated, enjoying the same lifestyle prerogatives as their male counterparts. They are working longer and marrying later—if they marry at all. They are heading Fortune 500 companies and appearing on the covers of Forbes and Businessweek. They represent a special type of working woman—the kind who doesn’t just punch a clock for a paycheck, but derives self-worth and pleasure from wielding professional power.

At the same time that the gender gap is narrowing, the gulf is widening among women themselves. While blockbuster books such as Lean In focus only on women in high pressure jobs, in reality there are four women in traditionally female roles for every Sheryl Sandberg. In this revealing and deeply intelligent book, Alison Wolf examines why more educated women work longer hours, why having children early is a good idea, and how feminism created a less equal world. Her ideas are sure to provoke and surprise, as she challenges much of what the liberal and conservative media consider to be women’s best interests.

During my time as a sociology undergraduate, I did not take any courses specific to gender. Shocking, I know. In my final semester, I actually added a course on gender but then dropped it in favour of subcultural theory. After some thought, I figured that every sociology module has at least a section or two dedicated to gender, so in the grand scheme of things, I knew more about gender then than I did about subcultures.

This is why I hoped The XX Factor would offer me an overview with regards to women’s studies, so that I would be able to consolidate what I knew and plug some of the gaps. For some reason I didn’t pay proper attention to the subtitle, which should have clued me in that this book doesn’t aim to summarise the principles of women’s studies. The focus of The XX Factor is working women—specifically highly educated women. The subtitle, How the Rise of Working Women Has Created a Far Less Equal World, does tell us as much.

Nonetheless, The XX Factor does offer an overview of the historical shifts of women’s places in society, also considering the differing roles of rich and poor women. This means economic status hasn’t been ignored in The XX Factor, even if there’s an entire chapter dedicated to graduates, sex and their marital statuses, where Alison Wolf examined why so many graduates marry later or remain single.

The writing is rather academic, which given the extensive research done to provide empirical data is a suitable choice of tone. However, I still think that The XX Factor is accessible to readers who didn’t study the social sciences. After all, the place of women in society is a reflection of our lived experiences, either as women or as men who interact with women.

A lot of what Alison Wolf chose to include in The XX Factor would thus be familiar to many readers. At the same time, Wolf’s research helps to put things into perspective and explains most of the phenomena that she presented. For example, why is it that a great deal more women attend university today? On one hand, this might point towards greater gender equality. Yet this notion doesn’t present the full picture.

Part of the reason a greater proportion of women attend university over men today is that a number of traditionally female occupations have come to require a university education, while some of the traditionally male occupations didn’t make that shift. Teachers and nurses undergo training in university, whereas electricians, for instance, don’t. That is a sobering realization. Nonetheless, postgraduate education has indeed expanded to take in more women.

Throughout The XX Factor, Wolf made sure to include relevant data and statistics to support her claims. She set out to analyse her findings and drew plausible conclusions from them. For those who would like to look at her data in greater detail, Wolf included it in her appendix, which also ensured greater transparency on the topic of working women.