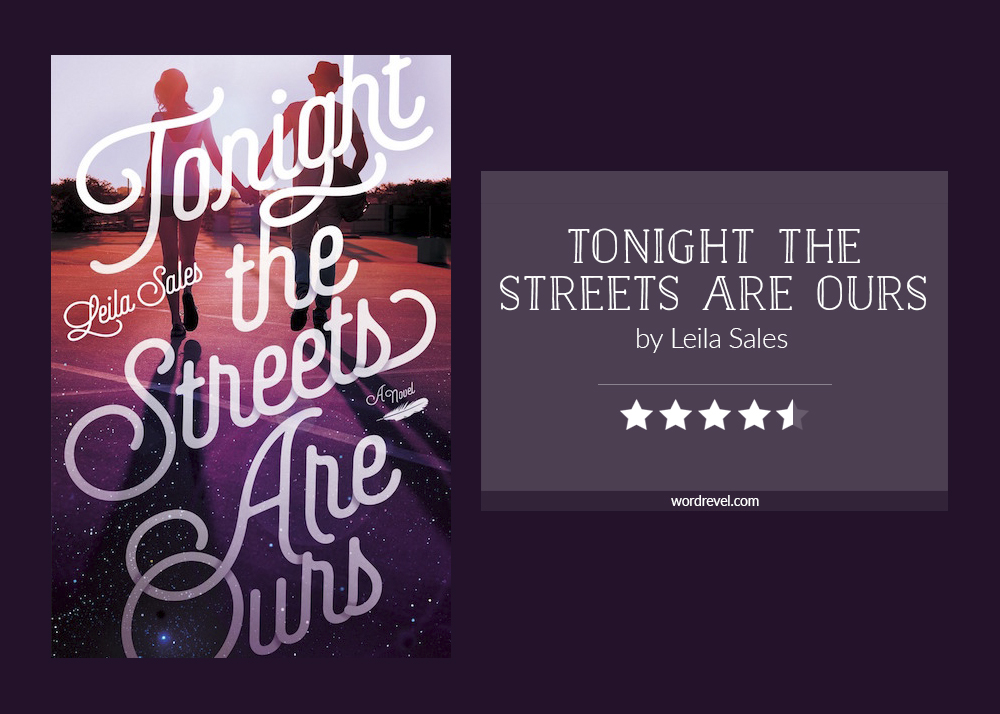 Seventeen-year-old Arden Huntley is recklessly loyal. Taking care of her loved ones is what gives Arden purpose in her life and makes her feel like she matters. But she's tired of being loyal to people who don't appreciate her—including her needy best friend and her absent mom.

Arden finds comfort in a blog she stumbles upon called "Tonight the Streets Are Ours," the musings of a young New York City writer named Peter. When Peter is dumped by the girlfriend he blogs about, Arden decides to take a road trip to see him.

Tonight the Streets Are Ours was such a fun read! I enjoyed it tremendously, even though the characters were far from perfect. They each had their flaws and made questionable decisions. I liked that because that’s precisely what made them so relatable. The realism in the book mirrored the craziness of real life and for that I adored it.

Book within a Book

I love metafiction. I love how it twists readers’ minds and puts such a smirk on my face. This book Tonight the Streets Are Ours speaks of a blog also named Tonight the Streets Are Ours. While reading about Arden’s life in the book, Arden read about the life of Peter on the blog. Things like that delight me because it makes me think about life, about truth and fiction.

This book was very relatable. Nowadays we read about people on social media, even people we may not have ever met. The more we read about someone’s life, the more invested we become and the more we feel as though we know them. It’s a paradox particularly when you eventually do come to meet. You know so much about this person and yet up to the point that you somehow end up meeting, you’re strangers.

Speaking from personal experience, I learnt a lot about this stranger through social media due to the many common friends we had but we were so removed from each other, I never thought we would meet. When we were introduced eventually, it was a challenge to separate what I knew through online channels and what I learnt though our personal interactions.

In the case of Arden and Peter, I thought Leila Sales artfully wove these circumstances into their stories. I was completely invested in Tonight the Streets Are Ours. The awkwardness and uncertainty of the first meeting was captured really well.

On some fronts, however, I found the plot to be predictable. I guessed a bunch of the plot twists way ahead. When they came true, a part of me was self-satisfied for knowing. At the same time, disappointed that there wasn’t more to these twists.

Ultimately, the overarching book was well-crafted. The relationships had their ups and downs. The plot consisted of several arcs, all of which I followed with much fervour. I kept flipping the pages, wanting to know how the conflicts would be resolved. I particularly appreciated the imbalance in friendships and how Arden navigated that.

It’s hard to be friends with someone who seems to take you for granted and I’m sure many of us have found ourselves in that situation at some point. That alone is reason enough to pick up Tonight the Streets Are Ours — the insightfulness with which it dealt with relationships.