Disclosure: I received a review copy of When Dimple Met Rishi from Pansing Books, a regional distributor, in exchange for an honest review. This does not affect my opinion of the book or the content of my review. 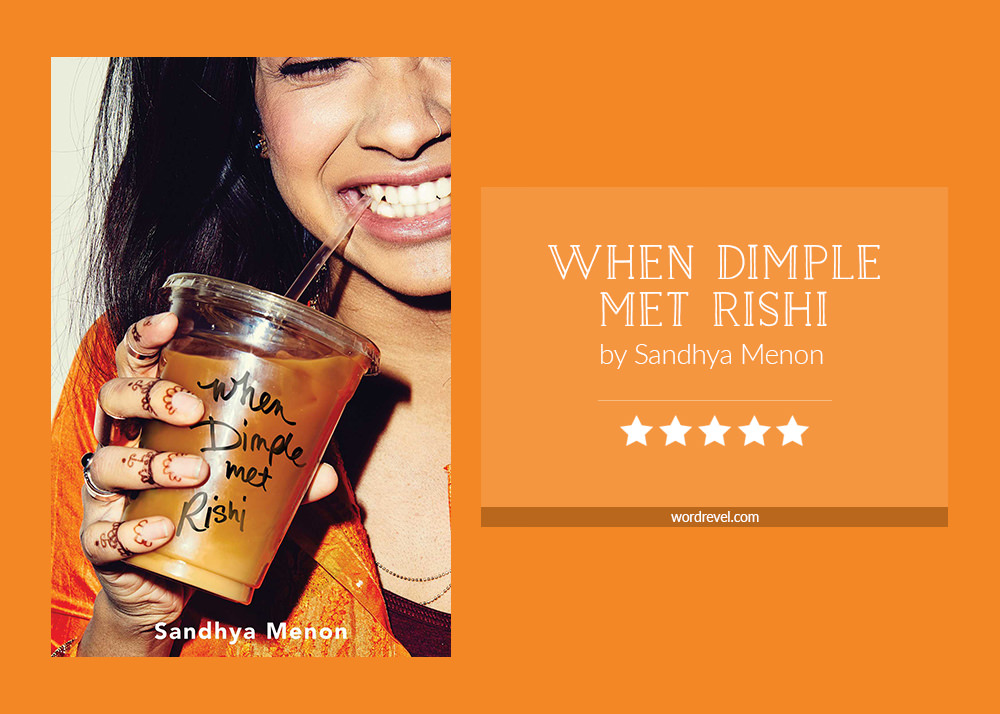 Dimple Shah has it all figured out. With graduation behind her, she’s more than ready for a break from her family, from Mamma’s inexplicable obsession with her finding the “Ideal Indian Husband.” Ugh. Dimple knows they must respect her principles on some level, though. If they truly believed she needed a husband right now, they wouldn’t have paid for her to attend a summer program for aspiring wemetb developers…right?

Rishi Patel is a hopeless romantic. So when his parents tell him that his future wife will be attending the same summer program as him—wherein he’ll have to woo her—he’s totally on board. Because as silly as it sounds to most people in his life, Rishi wants to be arranged, believes in the power of tradition, stability, and being a part of something much bigger than himself.

The Shahs and Patels didn’t mean to start turning the wheels on this “suggested arrangement” so early in their children’s lives, but when they noticed them both gravitate toward the same summer program, they figured, Why not?

Dimple and Rishi may think they have each other figured out. But when opposites clash, love works hard to prove itself in the most unexpected ways.

Even though we’re only half-way through the year, I am already confident that When Dimple Met Rishi will be among my top ten reads of 2017.

When Dimple Met Rishi was such an engrossing book, I finished it within a day. Usually, I take several days to finish reading a book but with this one, I couldn’t move from the spot on my balcony.

Cultural Diversity in YA Fiction

Since I discovered YA books at the age of 13, I consciously sought out those with culturally diverse characters. Needless to say, with so few published each year, they were difficult to find. That’s why I was ecstatic, seeing a well-written book that so proudly revels in Indian culture and heritage.

In many ways, When Dimple Met Rishi was a “feel good” type of book, underscored by a light-hearted writing style. It was a YA rom-com filled humour. Yet, it also touched on deeper topics, deconstructing misogyny, challenging racism and class discrimination, and considering how cultural traditions could be reconciled with modern ideals. There was so much to unpack in When Dimple Met Rishi but it still managed to be a fun summer read.

I adore protagonists who are ambitious. Dimple was no exception. She loved coding so much, she practically lived for it. I think girls need positive reinforcement that a career in STEM fields is worth pursuing. With women underrepresented in STEM fields, I thought it was wonderful to read a book that featured a female character so heavily invested in tech.

Many who grow up with one or two Asian parents surely relate to Dimple and Rishi. Our world views are different from theirs, especially as our attitudes tend to be significantly less conservative. Balancing our goals with our parents’ wishes as well as cultural expectations isn’t always easy. The contrasting attitudes between the two of them explored that really well.

All in all, When Dimple Met Rishi was a colourful read that I heartily recommend to anyone looking for a summery YA contemporary book, regardless of whether or not romance is your thing.