Disclosure: I received a finished copy of Windfall from Pansing Books, a regional distributor, in exchange for an honest review. This does not affect my opinion of the book or the content of my review. 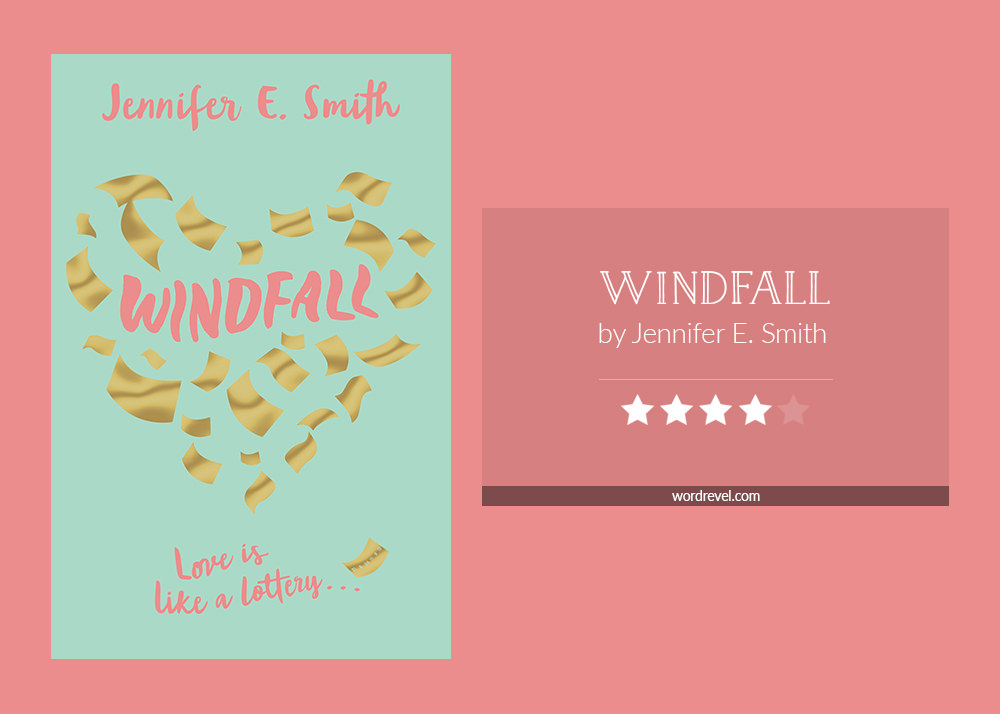 Alice doesn’t believe in luck—at least, not the good kind. But she does believe in love, and for some time now, she’s been pining for her best friend, Teddy. On his eighteenth birthday—just when it seems they might be on the brink of something—she buys him a lottery ticket on a lark. To their astonishment, he wins $140 million, and in an instant, everything changes.

Windfall is a book that’s bound to appeal to fans of slow burn romance. There’s no love at first sight, but feelings that Alice harboured for years on end. Friendships came first, which I enjoyed, and all that followed unfolded at good pace. I have to say, of the four books I’ve read by Jennifer E. Smith, Windfall is my favourite so far. The character development was solid, even if the characters themselves weren’t the most likeable.

Common threads in YA fiction seem to be that of single parents, absent parents, or orphaned children. Windfall was no exception in that regard. However, Alice came to live with her uncle, aunt, and cousin, Leo, who provided a stable home filled with love and support. The adults were present figures in Alice and Leo’s lives, to the point that they readily sought advice from them as well. This positive relationship among them was something that really stood out to me.

Alice and Leo were basically best friends together with Teddy. They were there for one another, even when they didn’t entirely agree. As a result, I found them to be a heartwarming trio of friends, and I enjoyed getting to know them better. At the same time, I was glad to see them grow. Teddy in particular, started off immature and self-absorbed but the development he went through was nuanced and believable. Alice, too, became more grounded. On her part, I related to her inner conflicts about the meaning of home.

The plot itself was generally predictable in answering the question: what would you do if you won the lottery? Still, I felt that it exploded the depths and thoughts of the characters well, which made up for the lack of twists. Windfall was a character-driven novel with complex relationships woven into it. For that, it was a worthwhile read that I gladly recommend.