Disclaimer: This is a spoiler-induced review of Anna and the French Kiss. If you have not read it yet, proceed with caution, or do not proceed at all. You have been warned. 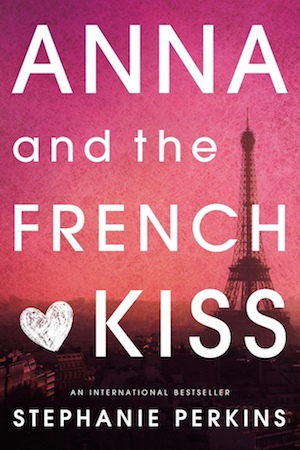 Anna can't wait for her senior year in Atlanta, where she has a good job, a loyal best friend, and a crush on the verge of becoming more. So she's not too thrilled when her father unexpectedly ships her off to boarding school in Paris - until she meets Etienne St. Clair, the perfect boy. The only problem? He's taken, and Anna might be, too, if anything comes of her crush back home. Will a year of romantic near-misses end in the French kiss Anna awaits?

I finally decided to join the party and read Anna and the French Kiss. It’s one of those books I read because I wanted to know what the book was about. It keeps popping up everywhere online—in the blogosphere, on Instagram, as well as Twitter—and all the online bookstores seem to have it under their recommendations right now. At first I did mostly enjoy the book. For the most part, I liked Stephanie Perkins’ writing style, which was well-suited towards a sweet romance. Sadly, towards the last third, prominent cracks started appearing for me.

In the beginning, it took me a while to get past Anna’s whining over being shipped off to boarding school. (Though what’s up with that? For all her whining, I don’t recall a proper reason for her father’s decision to send her to boarding school.)

Once she got over herself and settled into SOAP, things finally got going and I was swept away into the story. It was fun seeing Meredith take Anna under her wing and include her in her clique. I liked how her friendships were developed in individual levels with Meredith, Rashmi, St. Clair and to a limited extent with Josh as well, thus establishing the group dynamics as well.

Very often romance books are so focussed on the couples/triangles/involved parties/whatever, that the other people in their lives hardly feature at all. That is a common gripe for me at least, so I was glad for their clique. I thought it was especially cool that it took Rashmi quite some time to warm up to Anna, and how it took a moment of spilling guts before they finally became truly friends.

Love triangles are such weird concepts. A likes B. B likes C. C likes B, not A. See where the problem lies? It’s not a true triangle. But that doesn’t matter because Anna and the French Kiss had a tangle of webs, which in of themselves were fine and dandy but over time just made me want to smack Anna, and St. Clair, and Meredith, and… Scrap that. I want to smack everyone involved. 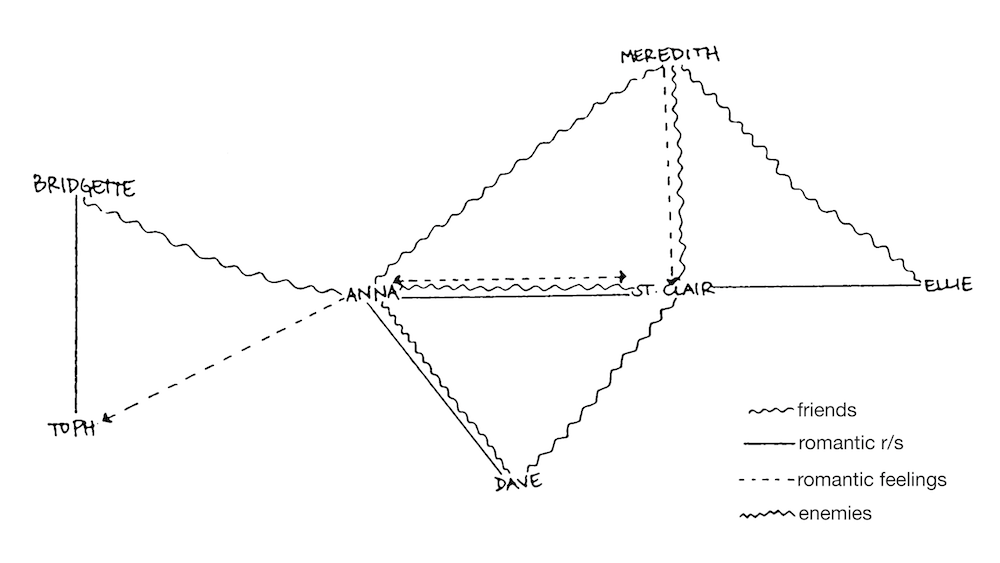 Technically, messy is good. Messy gets the plot going. But when messy relies a lot on clichés, then the details better make the story worth reading. It also means that there should be enough material to not keep moving in circles, which Anna and the French Kiss ultimately did. It went round and round in circles.

There was so much to and fro! It go tiring in the end, if you ask me.

Anna and Étienne—how sweet when they finally found each other. How wonderful their future might be. Now hold up. He cheated on Ellie. With Anna. Even said so himself:

“I cheated on her every day. In my mind, I thought of you in ways I shouldn’t have, again and again. She was nothing compared to you. I’ve never felt this way about anybody before…”

What bothers me is that Anna knew all along that he had a girlfriend. Yet she was optimistic about her relationship with Étienne. Sure, she couldn’t help her feelings for him. I get that. She also wanted Ellie to be out of the picture. Also natural. Yet Étienne kept sending her mixed signals and finally made out with her before breaking up with Ellie. That is full-on cheating, which is no good basis for a sweet romance in my books.

To make matters worse, Anna wasn’t worried about Ellie as much as about Meredith. Anna thought that what she did was wrong ultimately because Meredith had feelings for St. Clair as well. Let me point you to the diagram I composed. The romantic link between Meredith and St. Clair is dotted, meaning she had no claim over him. On the other hand, the romantic link between Ellie and St. Clair is solid. Need I say more?

It gets better. Anna felt betrayed when she found out about Bridgette and Toph. They got together around Thanksgiving without telling Anna. Anna cut off all ties with Bridgette as a result. Once again, look at that diagram. Her romantic ties to Toph weren’t official. They kissed but didn’t declare anything between them. Nonetheless, Anna thought Bridgette betrayed her.

In spite of her hurt, Anna made out with a guy who had a girlfriend. She knew the pain of betrayal to a lesser degree yet still went on to do so much worse. I wish someone knocked her off her high horse. Alas, nobody did.

Anna wasn’t alone in her hypocrisy. Lover boy joined her. In fact, he said,

“All I could think about was what that bastard did to you last Christmas. Toph never tried to explain or apologize…”

So what does that make Anna’s wonderful Étienne? An even bigger jerk and a hypocrite to boot, that’s what.

With that assessment, I’m a bit surprised I ended up giving Anna and the French Kiss 2 stars, instead of 1 star or even 0 stars. See, the thing is, I did enjoy the book at first and like I said, Stephanie Perkins writes in a way that makes you want to smile yourself silly over a sweet romance. Since romance isn’t a favourite genre of mine, that’s saying a lot.

Since I did like the writing style, I do intend to give Lola and the Boy Next Door a chance. If no cheating or hypocrisy is involved, I expect to like it a whole lot more than Anna and the French Kiss.