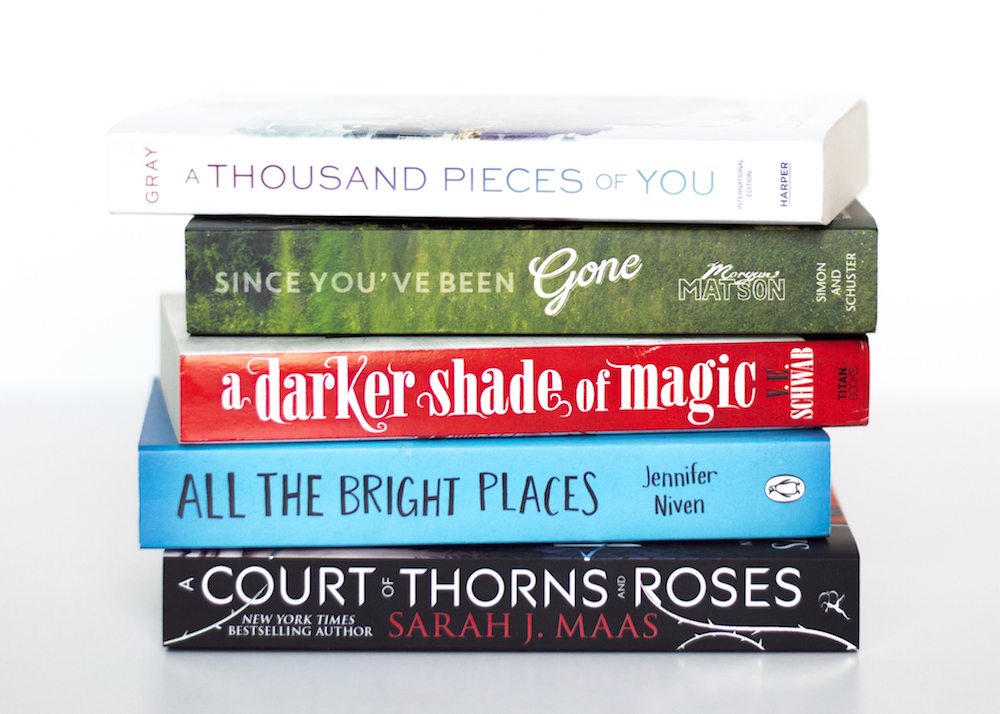 Books that generated a lot of pre-publication hype

Hype has a way of attracting yet repelling readers. If a lot of hype surrounds a book, it’s only natural to be curious and to want to be part of it. After all, if so many people love a book, it holds a lot of promise for anyone who has yet to read it. On the other hand, those sky-high expectations pose a danger of greater disappointment if you don’t come to love the book like everyone else.

Pre-publication hype is more specific. It’s about the hype prior to the release of books. Such hype could be generated via various means: blog tours, review copies, giveaways, author interviews, author tours, etc. Sometimes the hype also simply stems from a book being a highly anticipated sequel after the previous book was a hit or from being published by a popular author.

By being visible in every imaginable sphere and reminding everyone of their existence, hyped up books are difficult to escape. Even if you have no interest in a book, subconsciously you would still know about it. You’d be able to recognise that cover anywhere, you know who wrote it and what the book is about. In other words, pre-publication hype saturates our minds with books most of us aren’t even able to get hold of yet.

Most importantly, the word is out about an upcoming book. Readers are excited and plan/budget to buy the book, if not even pre-order it. Pre-orders and first week sales have a huge impact on a book’s success. It’s no wonder that authors urge reads to pre-order. They explain how pre-orders matter, noting that while the publishers’ metrics aren’t very transparent, pre-orders are a definitive metric.

If you’re a reader who particularly loves an author, it is in your interest to spread the word, so that more people will support your favourite author. Pre-publication hype can thus elevate a book to much greater success than the absence of such hype.

As beneficial as pre-publication hype might be, I also think it can reach a point that people become tired of hearing about a book. Personally, all the hype sometimes even confuses me. When the hype becomes so widespread that I encounter it from all directions, I start to get the impression that the book has already been published. How else could the hype have become so ubiquitous?

Then I get pulled back down to earth whenever I read the latest Hitting Shelves Today post by Asma on Icey Books. Every other week I see books on the list that make me wonder, Hasn’t this book been out for weeks?! only to realize, nope, it’s just the pre-publication hype that exploded and made me think that everyone and their neighbours have long read it.

In such cases I also lose interest because then I feel like I’m reading a book simply because everyone has read it and not because I genuinely want to. I’ve read a few of such popular books purely because of the hype and ended up not being impressed. For example, I gave The Fault in Our Stars 3 stars, Anna and the French Kiss 2 stars and We Were Liars 1 star.

All three books are very popular and the hype made me like those books even less because at the back of my mind I couldn’t comprehend why everyone loves them so much. Unfair to the books, I know, but readers are humans and therefore social beings who are inevitably influenced by others.

The other problem I’ve noticed more and more people experience is being over a book by the time it hits the shelves. In such cases the pre-publication hype built such an intense anticipation, that the anticipation burnt out before even getting to read those books one had been so excited about.

While this drawback isn’t that rampant based on personal observations, it can be problematic when it does happen. Several readers receive ARCs (advanced reader copies) and get so excited, they can’t contain themselves and they start squealing on Twitter and next thing you know, they start to discuss parts of the book. Some reviewers also end up giving away too much in their book reviews.

Nothing turns me off more than spoilers. Allegiant is the prime example for me. I pre-ordered it but only received it three weeks after publication. I took great care to avoid any semblance of spoilers until I came across an innocent-looking blog post about book covers and that person mentioned the plot twist for the whole world to see.

I still haven’t read Allegiant When I do read it (hopefully May or June), it’ll not be because I loved Divergent and Insurgent. It will be because I feel obligated to read a book I paid good money for.

What struck me was that prior to blogging I wasn’t very much affected by hype, much less pre-publication hype. I read only two book blogs on a semi-regular basis — usually then when I was looking for recommendations. I’m guessing the same goes for many bibliophiles who don’t engage much in social media. They won’t be reading a hundred book blogs with overlapping content. If they only read a couple of blogs, there’s not much that could amount to hype. They can go forth and be excited about that upcoming book they otherwise might not have heard of.

Does pre-publication hype wear you out?