Disclosure: I received a review copy of Not the Girls You’re Looking For from Pansing Books, a regional distributor, in exchange for an honest review. This does not affect my opinion of the book or the content of my review. 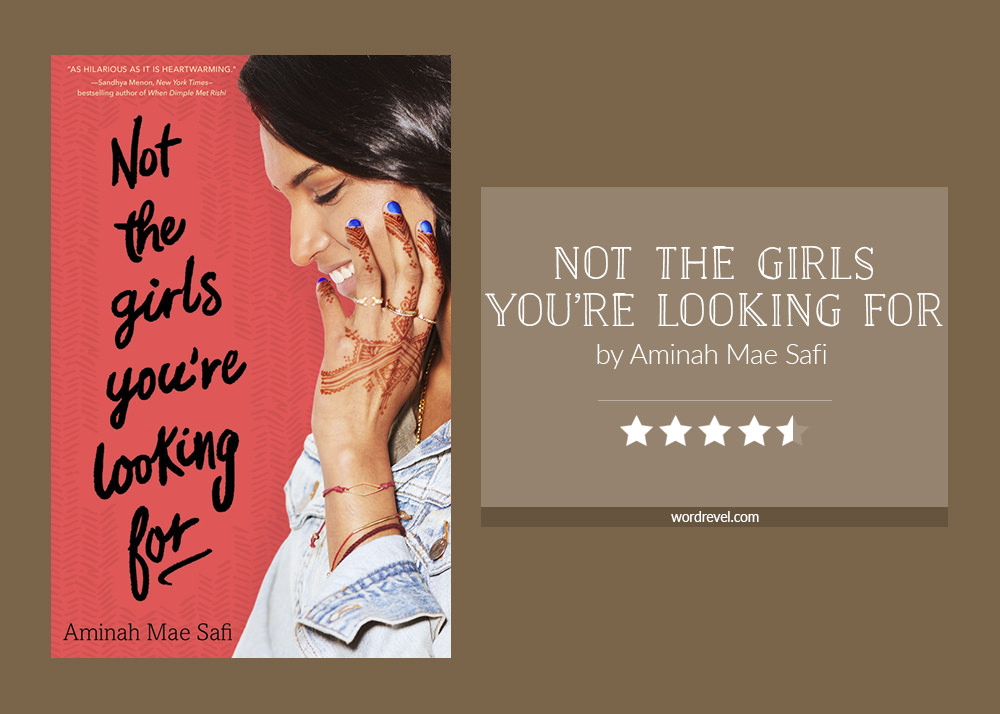 Lulu Saad doesn't need your advice, thank you very much. She's got her three best friends and nothing can stop her from conquering the known world. Sure, for half a minute she thought she’d nearly drowned a cute guy at a party, but he was totally faking it. And fine, yes, she caused a scene during Ramadan. It's all under control. Ish.

Except maybe this time she’s done a little more damage than she realizes. And if Lulu can't find her way out of this mess soon, she'll have to do more than repair friendships, family alliances, and wet clothing. She'll have to go looking for herself.

Not the Girls You’re Looking For is way more hard hitting than I had expected. Based on the synopsis I thought it’d be a fun, fluffy high school read with a dash of drama. Sure, there’s drama and the prose is typical of that sort of book but it is a whole lot more intense.

I love how Not the Girls You’re Looking For portrays the importance of friendships and their impact when they become toxic and isolating. During the good times, friends celebrate victories and cheer each other on. On the flip side, when trust and boundaries are abused, things can get really complicated. In that regard, Safi wove these many facets into her story with great nuance.

This book also encompasses the struggles of being caught between cultures extremely well — from not necessarily speaking a parent’s language but understanding more than relatives realise, to figuring out how deep one’s roots can go in more than one culture and still being seen as whole.

In fact, as a Muslim of mixed Arab and white descent, Lulu doesn’t always feel like she’s enough. In some ways, I think she’s trying to overcompensate by being larger than life, which isn’t uncommon among those of multicultural descent. When things go well, peers accept her as one of them. When things go south though, she has to deal with Islamophobia and being ostracised. Trying to balance her identity is a source of stress that Lulu has to learn to deal with.

Reading Not the Girls You’re Looking For pulled me right back to my own schooling days — being confronted with my multiracialism and bi-ethnicity amidst peers who didn’t share my identity. Speaking from my experiences, I can say that Lulu is very much a realistic character, except she has it even harder as a Muslim in a world that too easily equates Islam with terrorism.