Disclosure: I received a review copy of The Poet X from HarperCollins, the publisher, in exchange for an honest review. This does not affect my opinion of the book or the content of my review. 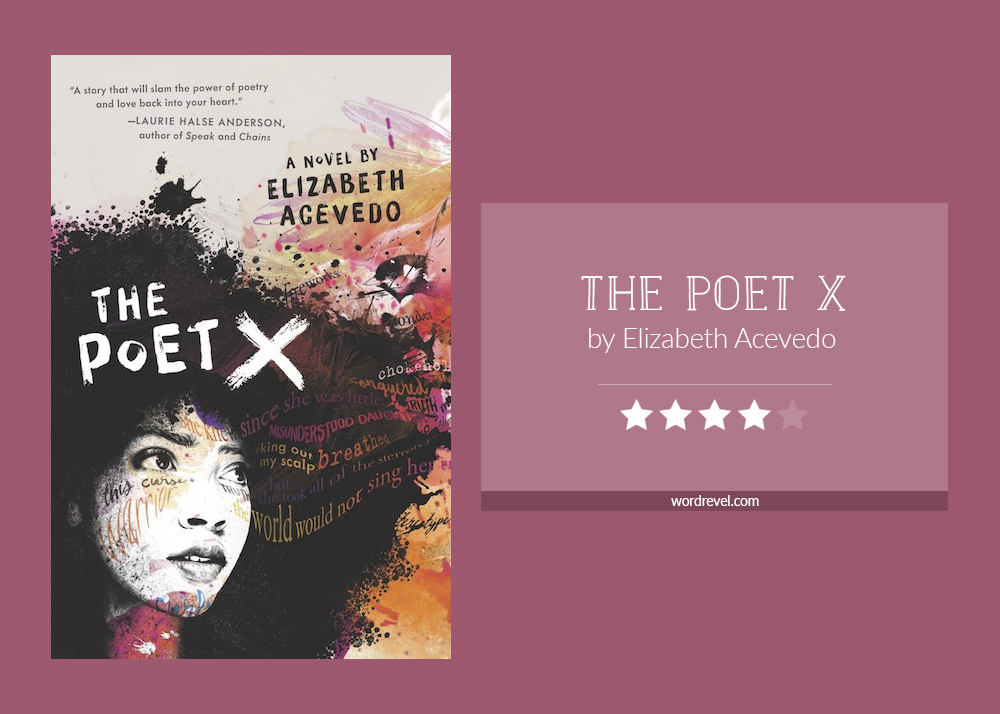 Xiomara Batista feels unheard and unable to hide in her Harlem neighborhood. Ever since her body grew into curves, she has learned to let her fists and her fierceness do the talking.

But Xiomara has plenty she wants to say, and she pours all her frustration and passion onto the pages of a leather notebook, reciting the words to herself like prayers—especially after she catches feelings for a boy in her bio class named Aman, who her family can never know about.

With Mami’s determination to force her daughter to obey the laws of the church, Xiomara understands that her thoughts are best kept to herself. So when she is invited to join her school’s slam poetry club, she doesn’t know how she could ever attend without her mami finding out. But she still can’t stop thinking about performing her poems.

Because in the face of a world that may not want to hear her, Xiomara refuses to be silent.

Usually, when I find out a book is a novel in verse, I will skip it. The Poet X, however, sounded so relatable, that I stepped out of my reading comfort zone. Let me tell you, it was absolutely worth it!

This book touches on so many experiences teens are faced with. It grapples with the dissonance between Xiomara and her parents’ expectations. Xiomara tries to come to terms with her views on religion, culture, feminism, and ambitions. On one hand, she tries to appease her parents while on the other, she fights to be true to herself. In that regard, this novel in verse proves to be a fitting format.

I loved the level of introspection in The Poet X. Xiomara’s thoughts and her perspectives come across with great impact. Acevedo’s poetic flair makes that impact all the more powerful. As a result, this book really punches you in the gut as the story unfolds with conflicts due to heritage, culture, religion and family emerge.

The Poet X is the kind of book that shows teens that they’re not alone, which is so important. It can be difficult to grow and develop one’s voice when it feels like the walls are closing in. It’s isolating when you have to hide your talents, your sexuality, your beliefs, etc because you’re told you’re wrong. That’s where The Poet X shines because these are experiences Xiomara herself or her loved ones go through. Seeing that in a story validates these teen experiences, which is why I’m sure The Poet X is a book many will hold near and dear.

The reason I’m not generally keen on novels in verse is that when they’re from the first-person perspective, they limit the narrative scope. For The Poet X this means that the focus is on Xiomara’s perception with less nuanced secondary characters. For me, that’s a limitation because I prefer to see the larger picture. Without that, things feel incomplete, so I enjoy such stories less. That’s on me though, not the format. Acevedo is a wondrous wordsmith for reaching my heart and mind despite my reservations.

When it comes down to it, I wish I’d have had a chance to read The Poet X when I was 14, 15 and despaired because my parents were stricter than most others I knew. I was often jealous of the freedom portrayed in YA books. Now, I knew absent parents weren’t the norm but involved parents who supported their children’s every decision made me feel even more that life was unfair. The Poet X goes against the tides with its scrutiny of family obligations, Catholicism and Latin culture vis-à-vis individual freedoms.