Disclosure: I received a review copy of Spellslinger from Pansing Books, a regional distributor, in exchange for an honest review. This does not affect my opinion of the book or the content of my review. 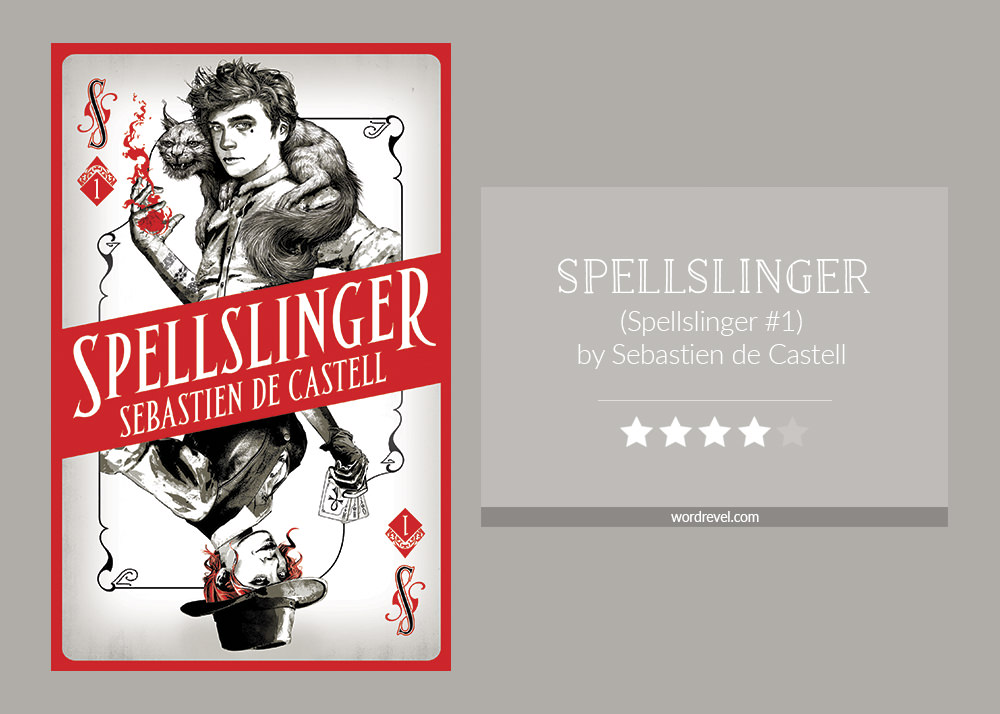 MAGIC IS A CON GAME.

Kellen is moments away from facing his first mage's duel and the start of four trials that will make him a spellcaster. There's just one problem: his magic is gone.

As his sixteenth birthday approaches, Kellen falls back on his cunning in a bid to avoid total disgrace. But when a daring stranger arrives in town, she challenges Kellen to take a different path.

Ferius Parfax is one of the mysterious Argosi – a traveller who lives by her wits and the three decks of cards she carries. She's difficult and unpredictable, but she may be Kellen's only hope...

The first in a rich and compelling fantasy series bursting with tricks, traps and a devious talking squirrel cat.

Spellslinger is a rather quirky book, which I enjoyed very much. A young mage who’s struggling with magic, a traveller passing through who can’t keep her hilarious social commentary to herself, and a snarky talking squirrel cat? This combination was most peculiar, making me laugh and smirk throughout.

In spite of, or maybe because of the humour, Spellslinger was an engaging work of fantasy. It was a great start to a six-part series. The magic system was well-developed with a clear natural order. I was a little confused about the bands on which the mages’ power rested. The details were explained, though, so I probably just need to reread that section before the sequel comes out later this year, in October.

When it comes to fantasy novels, I like those in which good and evil aren’t clearly defined. Spellslinger is a stellar example, leaving good and evil up to the reader’s interpretation. Even Kellen displays tendencies towards being an antagonist, as he struggles with what is right. As for Ferius? She’s the most ambiguous of the lot – someone who appears seemingly out of nowhere, and exists almost solely to create chaos. She throws the balance of their society so out of whack, I couldn’t help but love her.

Another aspect I particularly liked was the exploration of the brother-sister dynamic between Kellen and Shalla. Their relationship is intensely tested through Kellen’s ordeals. I think that’s the one thing that shone for me: that the relationship between siblings is much more central to Spellslinger than romance. Don’t get me wrong, I don’t think romance in novels is a deal breaker, but I do appreciate it when familial ties are at the forefront for a change.