Disclosure: I received a finished copy of The House of New Beginnings from Pansing Books, a regional distributor, in exchange for an honest review. This does not affect my opinion of the book or the content of my review. 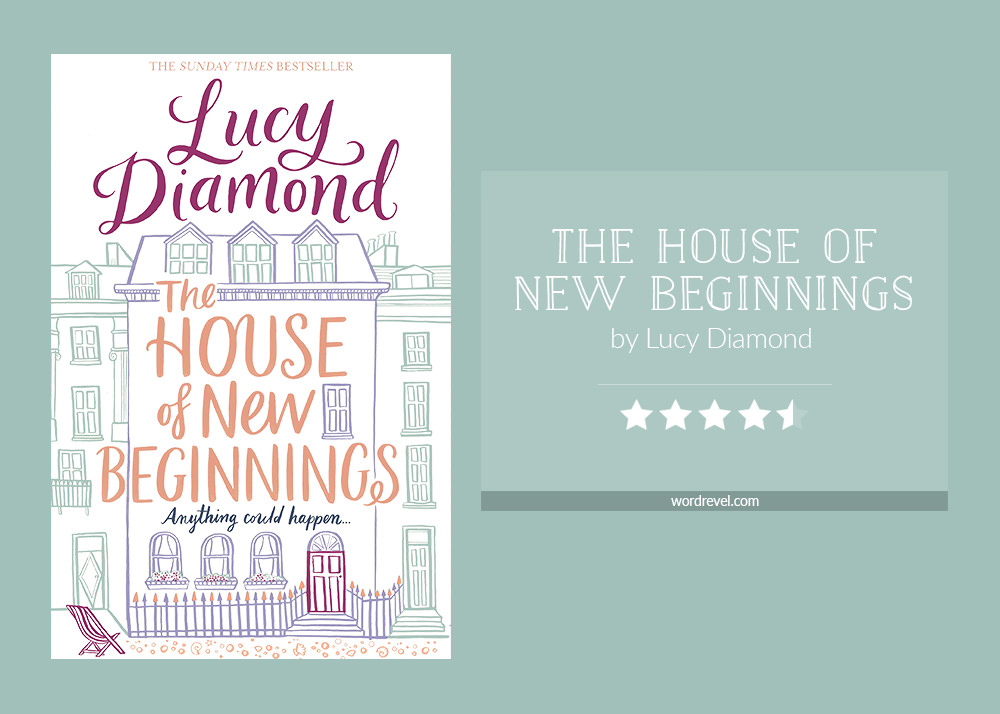 In an elegant Regency house near the Brighton seafront, three tenants have more in common than they know...

A shocking revelation has led Rosa to start over as a sous chef. The work is gruelling but it’s a distraction... until she comes up against the stroppy teenager next door who challenges her lifestyle choices. What if Rosa’s passion for food could lead her to more interesting places?

Having followed her childhood sweetheart down south, Georgie is busily carving out a new career in journalism. Throwing herself into the city’s delights is fun, but before she knows it she’s sliding headlong into all kinds of trouble...

Nursing a devastating loss, Charlotte just wants to keep her head down. But Margot, the glamorous older lady on the top floor, has other ideas. Like it or not, Charlotte must confront the outside world, and the possibilities it still holds.

As the women find each other, hope surfaces, friendships blossom and a whole new chapter unfolds for them all.

The House of New Beginnings to me, was a comforting book to read. Following the lives of three women at crossroads, this is a book that speaks about hope amidst uncertainty. Naturally, what first caught my eye in the synopsis was Rosa, the sous chef. Now, I found out she’s more of a line cook but ultimately, that deviating detail doesn’t matter all too much. She lives and breathes food and that’s where she finds solace.

Her neighbours, Georgie and Charlotte each grew on me just as much. I rooted for them right from the beginning, and wanted them to find happiness. The House of New Beginnings sees them all move to Brighton for various reasons, and they end up as neighbours alongside an elderly lady, Margot, and the mother-daughter duo, Joanna and Bea. I love how they become acquainted and how their friendships develop, through awkwardness and solidarity.

Even the secondary characters establish a strong presence, making a huge difference to the women in House #11. They very nearly spring from the pages and come to life before the readers’ eyes. The plot unfolds messily, reflecting life, yet holds fast to a great deal of optimism as well. Interspersed with humour, this makes The House of New Beginnings a very charming read.

For the most part, The House of New Beginnings is about how we deal with things when they don’t go according to plan and we feel like we’re falling apart. As the title suggests, it’s about the search for new beginnings, and looking for ways to mend heartaches.

While romance inevitably plays a role in the characters’ despair, it’s also about loss, restlessness, and following new passions and ambitions. It’s about finding oneself when you don’t know who you are anymore. I think that’s especially what touched me when I read this book.