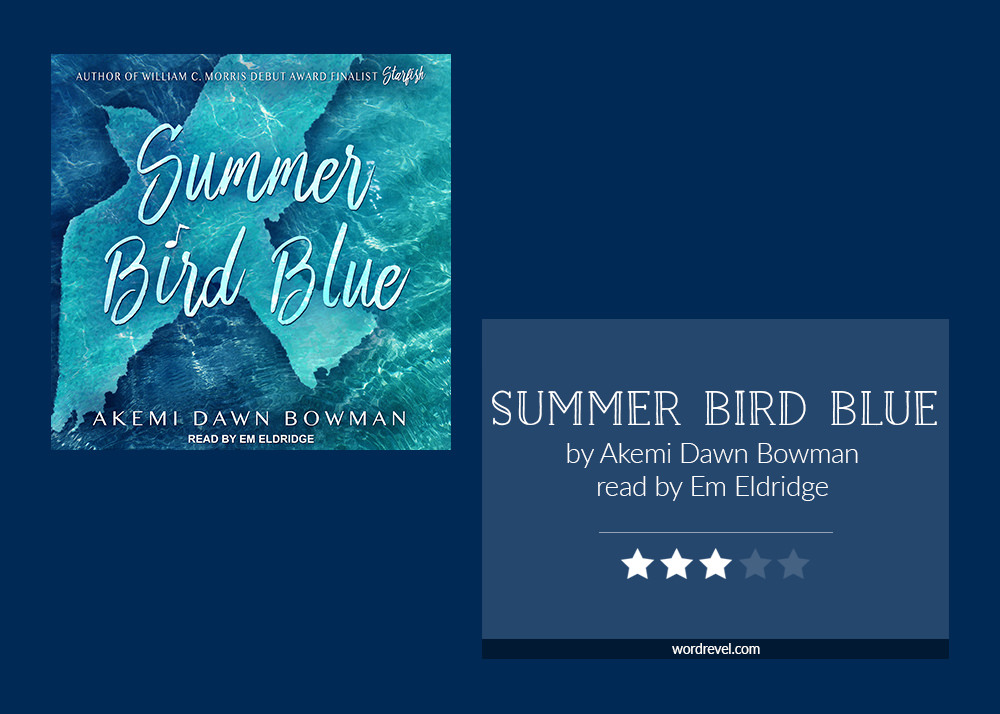 Rumi Seto spends a lot of time worrying she doesn’t have the answers to everything. What to eat, where to go, whom to love. But there is one thing she is absolutely sure of—she wants to spend the rest of her life writing music with her younger sister, Lea.

Then Lea dies in a car accident, and her mother sends her away to live with her aunt in Hawaii while she deals with her own grief. Now thousands of miles from home, Rumi struggles to navigate the loss of her sister, being abandoned by her mother, and the absence of music in her life. With the help of the “boys next door”—a teenage surfer named Kai, who smiles too much and doesn’t take anything seriously, and an eighty-year-old named George Watanabe, who succumbed to his own grief years ago—Rumi attempts to find her way back to her music, to write the song she and Lea never had the chance to finish.

Aching, powerful, and unflinchingly honest, Summer Bird Blue explores big truths about insurmountable grief, unconditional love, and how to forgive even when it feels impossible.

I was pretty excited when my hold on the audiobook of Summer Bird Blue came through on Overdrive. I knew that the main character was biracial, and since I am too, I’m constantly seeking out out such identities in book.

Sadly, the first half of this book felt really draining. It’s partially my fault, though. I didn’t read the synopsis again right before delving into the audiobook. Had I realised beforehand that this is a book about a protagonist dealing with the loss of her sister in a car accident, I might not have picked it up.

Not What I Signed Up For

The reason I found Summer Bird Blue draining was Rumi. She was selfish and extremely negative. Initially, it did make sense. Her sister had died in a car crash, and her mother left her alone with a aunt who lived in a completely different state. She was sad, filled with grief, and felt abandoned on top of it all.

There was also this one disparity that got to me: Rumi extolled the virtues of her sister, yet kept acting in completely opposite ways. Where her sister would’ve been respectful, Rumi was constantly disrespectful, even though she knew better. After several chapters of that, it really grated on me.

Anyway, the writing style was decent, and the plot was pretty straightforward. What I was happy about was that Rumi identifies as someone on the asexual and aromantic spectrum. There aren’t many of such books to go round, so it’s great that Summer Bird Blue added to YA literature in that regard.

The audiobook narrator was just about tolerable — alright with the normal narration but annoying with male speech voices. Maybe I would’ve enjoyed Summer Bird Blue if I had picked up the ebook rather than than the audiobook.