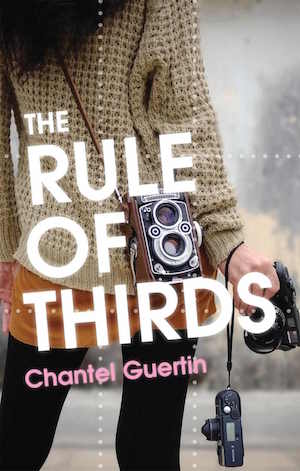 Sixteen-year-old Pippa Greene never goes anywhere without her camera. She and her best friend/supermodel-in-training Dace long ago mapped out their life plan: Pippa will be the noted fashion photographer, and Dace the cover girl. But ever since last spring, things have changed for Pippa — and her junior year at Spalding High proves to have its own set of challenges. Not only is Vantage Point, the statewide photography competition, in three short weeks, but her mandatory volunteer placement lands her at St. Christopher’s Hospital, a place Pippa never wanted to set foot in again. With humour and pluck, she navigates her new role as a candy striper (watch out for Code Yellows), her changing relationship with her best friend (goodbye Honesty Pact), and — perhaps most stressful of all — her new love interests (yes, love interests plural).

Will Pippa make it to Vantage Point without having a panic attack? Will either one of the guys prove less sketchy than her last boyfriend? Can she and Dace figure out a way to dream big and be best friends? One thing is certain: real life is a lot more complicated than a photograph.

I’ve noticed that there seems to be a predominant focus on relationships and problems in contemporary books. That in itself isn’t bad. These things are often close to our hearts and appeal to our emotions. Sometimes they even offer catharsis. Sometimes though I yearn for books that are also concerned with what characters like to do. In the case of Pippa, that was very well-explored.

Technical aspects were incorporated in a way that didn’t hamper the flow yet indicated that she knew her craft. I like how that’s also evident in the title itself, seeing how the rule of thirds is a visual rule on how to frame images in photography and art.

Grief and Tribute to Pippa’s Father

One of the reasons Pippa clung so dearly to photography was that her father was a photographer himself. It made her feel closer to her father’s spirit and her grief was palpable in The Rule of Thirds. Although, due to the shortness of the book with less than 200 pages, I felt that the depth of her grief wasn’t as deeply explored as it could have been. I wish there would’ve been more to relate to.

Life is Difficult and Unfair

The Rule of Thirds made no excuses for unfairness. Lots of difficult and unfair situations arose and escalated. There was no sugar coating. Neither were there rose-tinted glasses to hide behind. If you’re into happy endings, you may have to satisfy yourself with a half-happy ending. At least there’s a sequel, so there’s hope of a better future. Meanwhile, in real life we’re often thrust into unfair situations that we can’t rectify, no matter how hard we try. Pippa’s faced with such difficulties as well and it was good seeing her try to resolve these issues as best as she could.